Directors and staff members took part in a Scarisbrick charity golf day which helped raise £7000 for the Tom church Foundation. 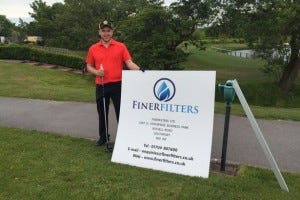 The life of Tom Church, 20, changed forever, on January 16 2013, when the car he was driving skidded on black ice on Briars Lane in Lathom.

The accident caused the keen cricketer to lose his left leg above the knee.

Just 29 months later, Tom is not only playing golf and cricket again, but fundraising to help others like him get back into the sports they love.

This year’s event saw the largest turn-out yet, with 15 four ball teams, and the trophy was won by Southport and Ainsdale Golf Club Green Keepers.

Tom's dad, Andrew, said: "The highlight of the event was to see Tom playing in the tournament and giving many of his opponents a good thrashing!

"It has turned into quite a competition, showcasing the talents of committed green keepers and many other supporters from across the area. 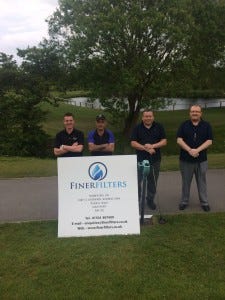 "A massive thank you to all who sponsored, donated such fantastic auction prizes and took part on the day, and thanks to everybody who took part."

The event was sponsored by a host of local businesses such as RBS Maghull and Finerfilters Ltd. 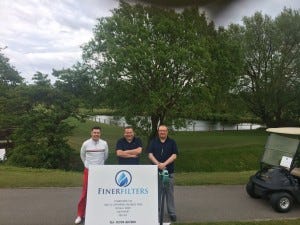 For more information, or to make a donation, go to www.tomchurchfoundation.org

Everything you need to know about Reverse Osmosis for aquatic use August 7, 2017

Kick Start the New Year - Drink Filtered Water to Feel Healthy on the Inside as Well as the Outside January 3, 2016
Latest

Everything you need to know about Reverse Osmosis for aquatic use August 7, 2017

Everything you need to know about Reserve Osmosis for domestic use August 7, 2017

Why You Should Have a Filtered Water Tap March 1, 2016

Kick Start the New Year - Drink Filtered Water to Feel Healthy on the Inside as Well as the Outside January 3, 2016