Product ID: SFWS-10-JUMBO-SYSTEM
Be the first to review this product
£149.99
In stock
Add to Saved Products Add to Compare
Share via Email
Overview

TEMPORARY ADJUSTMENT: We are out of stock of 10" x 4.5" Housings with 3/4" female ports so the housing that will be sent has 1" BSPT female ports with adapters that reduce to 3/4" male. Please bare this in mind before ordering. 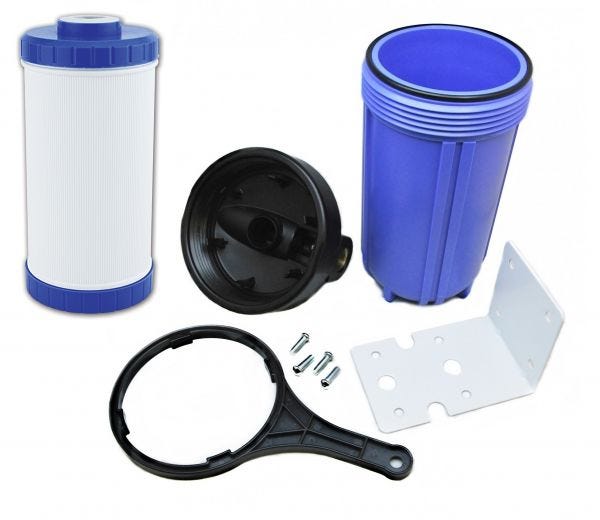 Skip to the beginning of the images gallery
Details

The housing is installed on your mains cold water feed for whole house applications and has standard 3/4" BSP inlet and outlet ports so is a simple and straight-forward system to install for any plumber.

Application:
This Finerfilters 10" Jumbo Salt-Free Water Softener Alternative can be used as a whole house system in small to medium homes.

Lifespan:
It is recommended to change the cartridge or media on this system every 24 months in order to maintain optimal performance.
Replacement media & cartridges can be found in the "You may also like" section on this page.