Product ID: SFWS-20-JUMBO-REPL
Be the first to review this product
£179.99
In stock
Add to Saved Products Add to Compare
Share via Email
Overview 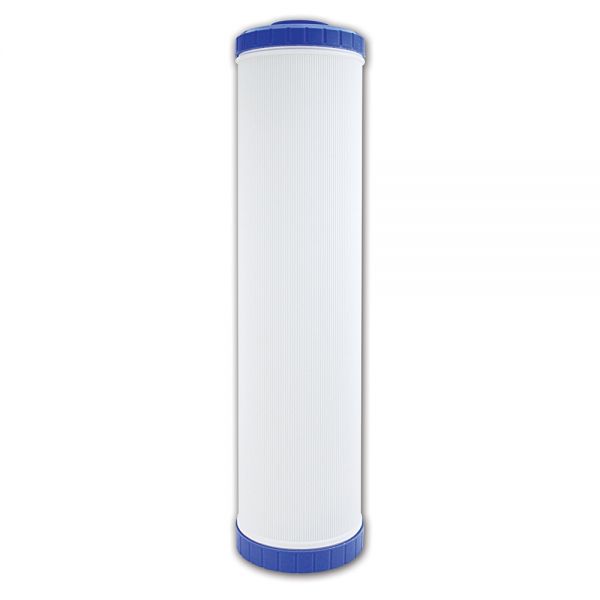 Skip to the beginning of the images gallery
Details

Application:
This Finerfilters 20" Jumbo Salt-Free Water Softener Alternative can be used as a whole house system in medium to large homes and some commercial applications.

Lifespan:
It is recommended to change the cartridge or media on this system every 24 months in order to maintain optimal performance.

*When installed in our Finerfilters Salt Free Water Softener Alternative system, this cartridge can run continuously at this flow rate whilst maintaining constant scale protection.
**This system can only maintain scale protection at the maximum peak flow range for a limited time, higher flow rates will have diminishing returns.